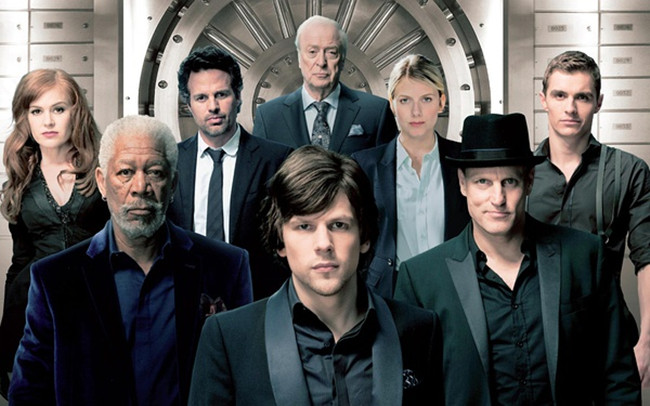 Dylan Rhodes: So, here's my new theory. The legend is that the "Eye" is everywhere. Waiting for the truly great magicians to distinguish themselves from the mediocre ones. Maybe that was you. Deep down inside you wanted nothing more than to be part of the "Eye," but you were never invited. So you try to destroy them. But instead what happens? You pissed them off.

Dylan Rhodes: Okay, then, explain then. Who's behind all this?

Thaddeus Bradley: Somebody with an obsession. - Meticulous.

Thaddeus Bradley: Somebody prepared to sacrifice everything. Somebody so prepared to lose that they wouldn't even be a suspect until the trick was done.

Dylan Rhodes: I don't want a profile. I need a name. Who? Who?

Thaddeus Bradley: I don't know who. But they had to have access to the warehouse to plant the mirrors. Always a step ahead of me. And the FBI. Got past them not once, not twice, but consistently. Almost as if they were on the...

Dylan Rhodes: The inside.